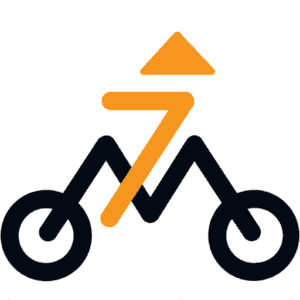 Seven Million Bikes started in May 2019 as A Saigon Podcast. Inspired by the people that live in Saigon from all walks of life and backgrounds host, Niall Mackay, wanted to know more about his fellow Saigoneers stories, their experiences and get tips on living in Saigon to share with listeners.

Recorded from his living room, it quickly gained a following in Saigon, across Vietnam and overseas and in 2021 was renamed A Vietnam Podcast.

Seven Million Bikes has now expanded to organising regular comedy shows in Saigon, and other cities in Vietnam as well as other events.

Niall, originally from Glasgow, Scotland, has lived in Saigon since 2016 with his wife, Adrie, and the Seven Million Bikes mascot, Biscuit. You might even hear Biscuit snoring in the background in earlier episodes!

“Seven Million Bikes talks to just some of the people that are connected to Vietnam, who each share their individual stories and experiences.”

Listen To The Podcast

Since its inception, A Vietnam Podcast has been one of the top English language speaking podcasts in Vietnam.

Both Saigon and Vietnamese culture present a unique set of challenges for anyone to live in, whether you are a foreigner or Vietnamese.

Inspired by the people that are connected to Vietnam from all walks of life and backgrounds, A Vietnam Podcast shares their stories and experiences.

We all have a story.

Now entering its 6th season, with over 15,000 downloads, it is listened to and enjoyed around the world.

Don't miss a show or Podcast!