French-Russian Star of VTV, Making A Career In Vietnamese Entertainment 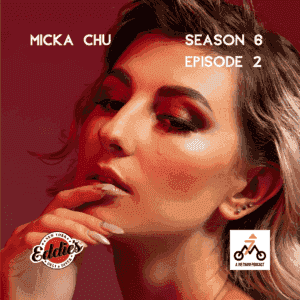 Season 6 is Sponsored by Eddie’s – New York Deli and Diner.

Micka Chu is a Russian French MC, Actress and media personality in Vietnam.

She speaks 5 languages and participates regularly in major Vietnamese National TV shows. Micka has her Youtube Channel (Savyu Vietnam) where she is doing food reviews in Saigon.. and in Vietnamese of course !

You can hear her use all 5 languages in one sentence!

Micka is full of energy and enthusiasm and we not only talk about languages, her journey from Russia to France then Vietnam where she has carved out a career in the entertainment industry. And also the crazy foods she’s tried, including bull testicles!

Artist and Adventurer at the same time this young lady takes the best from every situation and is always ready for a new challenge !

Buy Seven Million Bikes a beer if you enjoy this content.