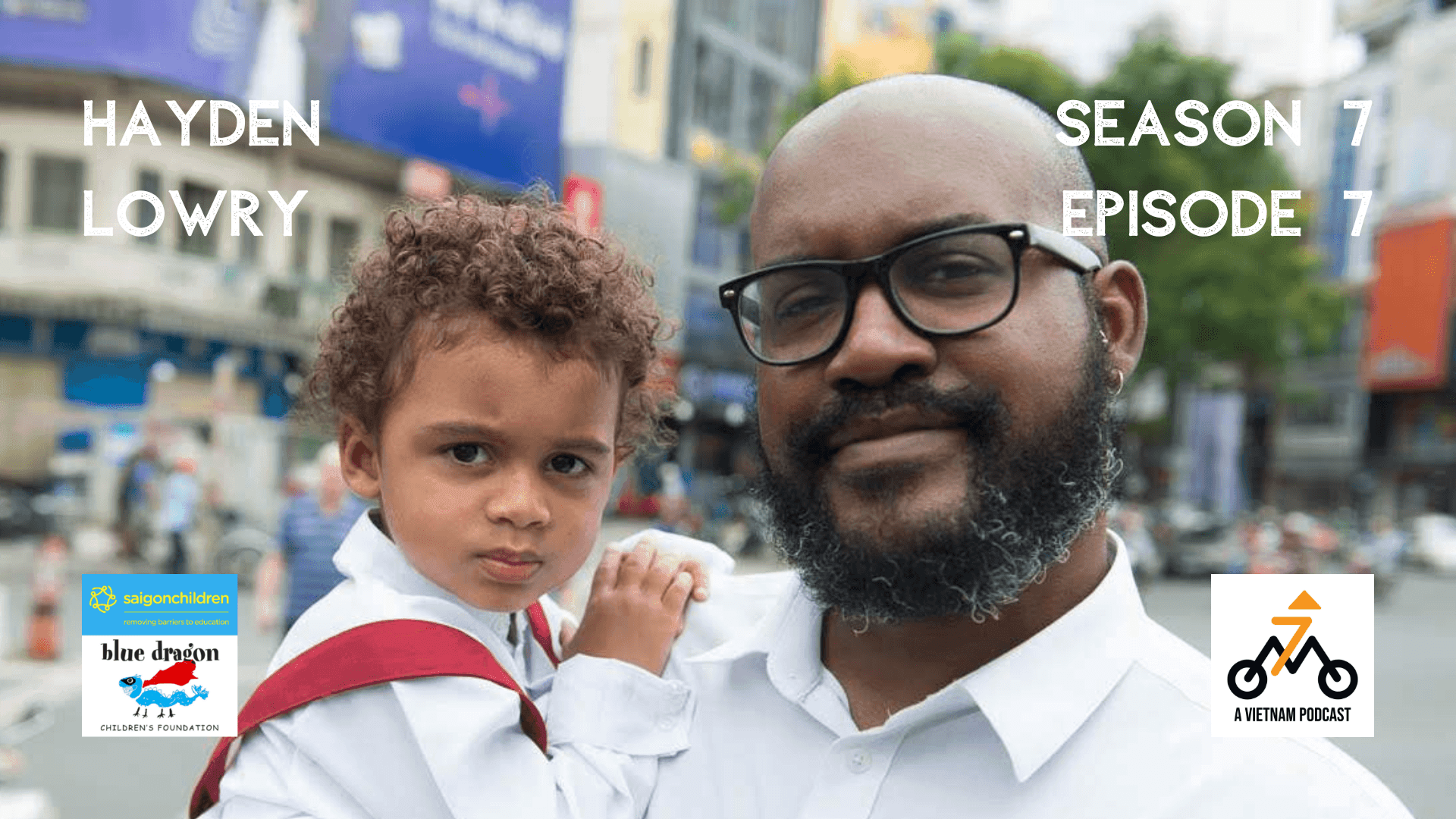 Hayden Lowry is a married father of two and has lived in Vietnam for a total of 14 years. He currently runs Caribê Jamaican Patties, is a freelance video post-production specialist, and the admin for the “Black in Saigon” Facebook group.

It is interesting to hear from Hayden more about the Black Community in Saigon, which is far from a monolithic culture in itself, made up of people from around the world. The ‘Black In Saigon’ group was created to give this community a safe space to ask questions that would often be the subject of disdain or even abuse in Expat groups on Facebook. As anyone who has lived in Saigon and used some of these groups, they are familiar with how toxic they can be. So it is understandable why the Black Community in Saigon would want to create their own group.

Hayden explains his thoughts on the increasing number of black people in Saigon over the years… “the Obama effect.”

“He’s worldly, well-traveled, lived abroad, he’s with it and dialled in. He showed young black folks that you just needed to do what you needed to do – finish school, be a good person, study hard, stay out of trouble – and the world is literally out there for you.”

With many people feeling excluded in their home country, thanks to people like Obama they were able to see a life for themselves overseas. In Hayden’s opinion, this has led to the increase of the Black diaspora overseas, visibly so in Saigon. It is an inspirational reason for people to travel and leave their country.

As regular listeners will know, Niall and his guests can talk for a LONG time. This was no different. Hayden and Niall had a lot to talk about from Niall’s comedy, accent and the Canadian (not American!) show Kim’s Convenience, set in Hayden’s hometown. In the interest of time, this had to be cut – but when you join the Seven Million Bikes Community, you get access to all this bonus content!

Niall and Hayden then go full old-man mode and talk about being part of the pre-tinder generation and how they managed to meet their partners without a dating app! For those readers that don’t understand what they are talking about, this used to happen! They are also so old they are part of the last generation to be born without the internet existing. As Hayden points out, his children have grown up with “Star Trek technology”.

“My kid is so used to using his smartphone he walks up to the TV and starts swiping it!”

While this is humorous, Hayden explains more about the difficulty of getting their boys away from their devices and talking at the dinner table about their day, and actually eating their food. “But then at the same time, it’s more important that your kid eats and if that means they do it while looking at their device then we had to make a compromise.”

As mentioned, the Black community is not a monolith here in Saigon and controversies can still arise within the shared community. One such controversy was a line from a song by Nam Den, “My skin is Black, but my heart is white”, sung in Vietnamese with English subtitles. Both Hayden and friend of the show JK Hobson were vocal, amongst others, in the group about the song, especially this line “but my heart is white”.

Hayden and JK joined Nam Den’s African Roots show on his YouTube Channel, Afro Viet TV to discuss this further and clear the air. We recommend watching this episode where they discuss this and more about the Black community in Vietnam and around the world.

“It was ultimately a good conversation. I’d never actually met him before then” Hayden adds.

The point was made in our interview with Hayden that despite the group being self-labeled Black In Saigon, Black people come from different backgrounds and cultures. So it is not unusual for issues to arise within this diasporic group.

“It’s an interesting dynamic in the group. But positive for the most part after people have had negative experiences on other popular Expat Facebook groups.”

This episode then takes an emotional turn at the final questions asked of every guest, so much so that for the very first time Niall decides not to finish the questions as he is nearly reduced to tears.

As Niall asks about how Hayden has dealt with lockdown, “quite well to be honest”, they both agree how lucky they have been during this time, despite the inconveniences they’ve faced. Both had read a recent article in The Guardian about the plight of some in Saigon faced with the choice of sending their kids to school or feeding them which reinforced how lucky their families were.

No matter your situation, lockdown is difficult. And it’s important not to ignore or negate your feelings just because someone else has it more difficult. This is true all the time, not just during a lockdown, and we can only experience life from our own perspective. Even though it is hard for many people it doesn’t mean it isn’t for you also. For people that are in the same fortunate situation as Niall and Hayden, it is important to maintain balance and do what you can to help others.

Niall admits that he’s asked ask himself, should he even be trying to make people laugh during a time when others are suffering, even dying. Hayden agrees when it comes to making his Jamaican patties, but the feedback they both receive from people empowers them to keep doing what they do.

“The fact that you’re creating these opportunities for people to go and socialise with each other in healthy, positive ways… You’re doing the right thing” Hayden assures Niall which he is clearly grateful to hear.

Niall finishes, “I’ve made friends I’ve met online during this time that I’ve never met before that I can’t wait to meet up with when this is over with. We’ll finish up here, I’m not going to ask the last couple of questions I normally ask as I don’t feel it’s the right tone and I like that we’re finishing on this note.”

At the time of writing Saigon has now moved out of lockdown and towards a ‘new normal’. People can leave their homes, go shopping and finally see each other again! While this is exciting it’s important that we all still follow the official advice, wear a mask, wash your hands and stay safe. Seven Million Bikes is excited to see you at a show in real life, we hope sooner rather than later!