Michael Brosowski moved to Saigon in 2002. Unlike other expats who unexpectedly find themselves in Vietnam, Michael came with a purpose – even if that wasn’t clear at first.

From the small country town of Inverell in NSW, Australia, as a teenager Michael met a family of Vietnamese refugees who had settled in his town. The newcomers had followed a similar path of many Vietnamese immigrants making the treacherous journey to leave Vietnam. In a typical Australian country town with a majority white population, the family obviously stood out and suffered from culture shock.

Michael felt a connection with the family immediately. Despite being an Australian, his community considered him to be an outsider due to his last name. He helped the family settle in and his passion for Vietnam began.

After attending university in Sydney and graduating as an ESL teacher he decided he wanted to travel overseas. It was obvious where he wanted to go. He landed in Saigon to a very different city from that which we know today. For one, “it smelled a lot worse than it does now!”

He enjoyed the laid-back and lazy lifestyle he could enjoy at the time and bowls of phở for 5,000 dong (~20c US). Michael faced the familiar challenge expats have when trying to learn the language here. The local people would rather practice their English on you than you practice your Vietnamese on them.

Initially, Michael worked in Saigon at a University. After 6 months he was asked to transfer to teach another class in Hanoi for one semester. It was in Hanoi that he was exposed to the array of street children, and his time turned from weeks to months. His days started to build around having coffee and teaching english to as many street children as he could.

He went back to his University class and told them about volunteering, and they were excited to join. As the support and passion to help these children started to build, Michael rented a house and used the top floor to teach English to the growing number of students. Much to the chagrin of his landlord who wasn’t happy at these dirty street kids showing up at her property.

Michael had come from a poor background himself and empathized greatly with these children. “If I had been born in Vietnam this would have been me” Michael adds with melancholy.

From then it snowballed. These children needed more than just English, they needed somewhere to live, to be reunited with their families, to attend school. At first, Michael looked elsewhere for a solution. He reached out to other local NGOs telling them about this problem, but there was no solution forthcoming. So he and his supporters asked themselves, “What do we do?”

At this point, he looked inwards. If he had found a problem he wanted to solve, then he had to be the one to solve it. Michael remembers thinking, “Once we made that decision there was no turning back.” Despite many barriers and “naysayers”, they persevered. Blue Dragon Children’s Foundation was created and has grown from strength to strength from there.

Now he is the person getting calls from people looking for their solution. While he can’t always give them what they need, he will listen to anyone who calls and always gives them as much advice as he can.

A major issue at the time was not just poverty and homelessness for these children. They were also being assaulted sexually, often out in the open in parks at night with no attempt to hide what was happening. Michael was aghast at seeing this happen, and so brazenly.

One of the biggest challenges was the way the law had been written regarding sexual abuse. It was written using the heteronormative definition of sexual relationships being between a man and a woman. Therefore, sexual abuse of boys/males wasn’t punishable by law. Predators knew this, unabashedly coming to Vietnam and taking advantage of young boys knowing that Blue Dragon and the authorities couldn’t arrest or charge them.

They were so confident they would tell the children that “Blue Dragon and Michael can’t do anything.”

“These were really dark days. It took years to achieve what we wanted; change the law, and get children out of that trade who were being passed around for money. Even though it was possibly the worst time, we achieved more than we ever had before. We got so many kids out of that trade.” Michael adds with pride and sadness at the same time. 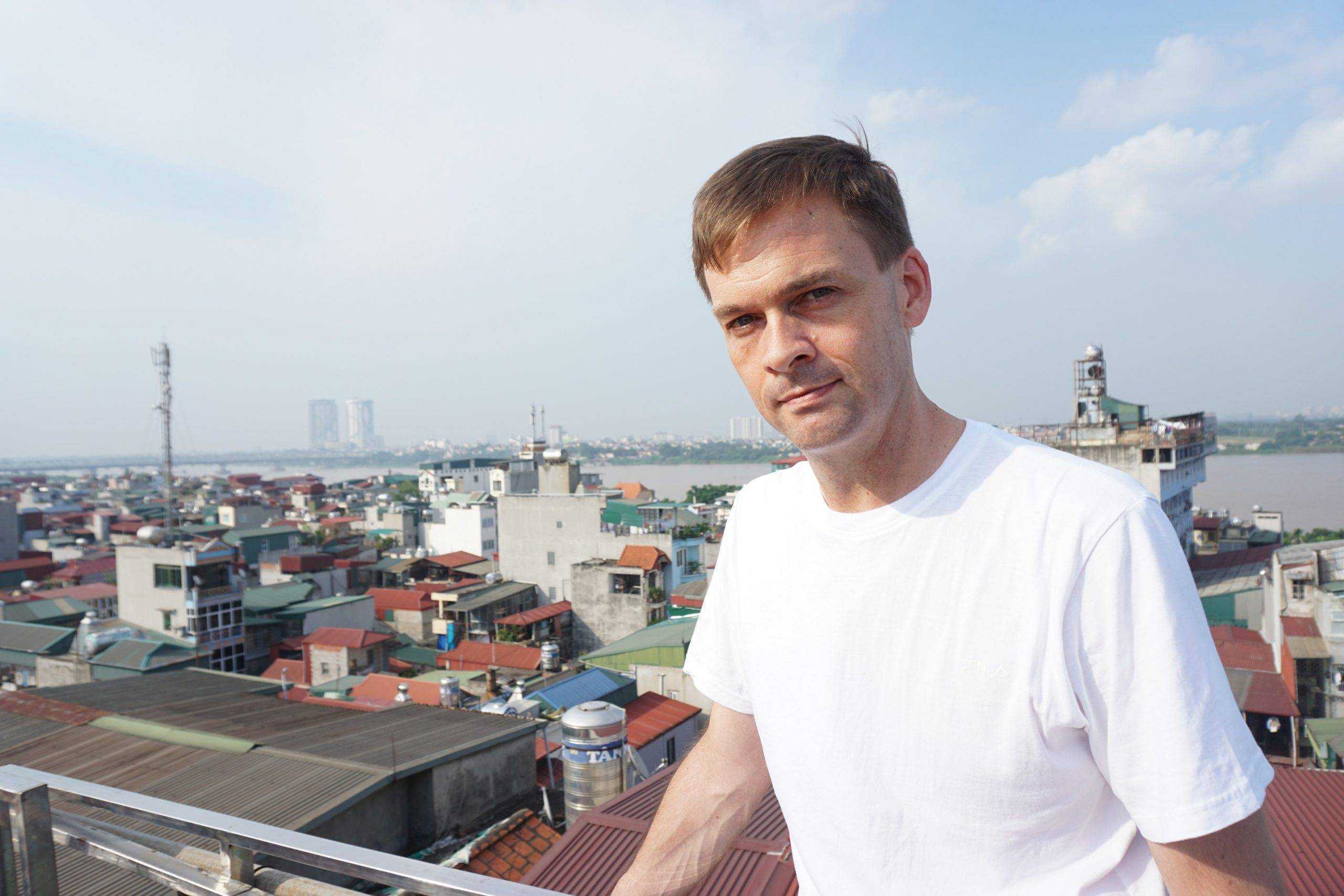 Then the nightmare begins when they realise it was a lie They may suddenly find themselves far from home or in another country, where they may be married to a man they’ve never met, who is speaking a language they don’t know. They might also be sold to a brothel and trapped in a life they never wanted.

These women are completely powerless and unable to contact anyone for help. If they can, Blue Dragon is normally one of the first to be alerted. With the help of the authorities, they act swiftly to reunite them with their families. Sometimes these women have been enslaved for decades.

To read more about these women and their stories go to their Facebook page and follow them on social media. As Niall says in the interview, “I’ve literally cried with tears of joy and sadness reading your posts and stories” at what has happened to these women and what Blue Dragon has done to save them.

What Blue Dragon does is complex and difficult, but undeniably incredible.

You can read more about them on their website here, and if you can, please donate to help their cause. If you do, let them know you heard about them from Seven Million Bikes Podcast.

“Something I’m really proud of is we meet that child on an individual level and we will do our best to help them. Working with the Government we look to change laws and work on that end-to-end process that I think makes us quite special” Michael Brosowski.

Despite having to discuss these dark issues as part of what Blue Dragon does, Michael still answers the usual questions asked of every guest at the end of the show.

This interview had been scheduled to be in person, but due to the latest outbreak with travel restricted we moved it to Zoom. Despite this Michael was still a great guest, with an inspiring story and positive outlook even though he and his team work with absolutely devastating circumstances. Without this warmth and enduring positivity, it may have been impossible for Blue Dragon to have existed and continue to make great changes to people’s lives.

After the show it was asked of Michael if a movie was in the works, and who would play him? “Depends when Brad Pitt is available I guess.”

Please support Blue Dragon if you can!