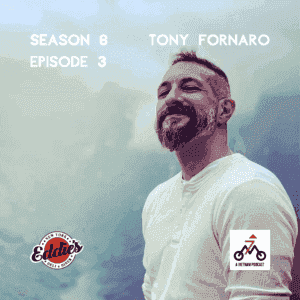 Tony Fornaro is an extroverted introvert, who has been living in Saigon since the end of 2019. He came with a partner which unfortunately ended so is now trying to navigate Saigon solo.

Tony had a good job, and comfortable life working as an insurance underwriter in Boston but felt unsettled with the Monday to Friday, 9-5 lifestyle. He found it boring, monotonous, and soul-crushing.

“I quit a 19-year career with no real, tangible plan. I went ALL IN to get to Vietnam. Fear of wasting my life…of wasting more time was enough to let go of all my security and finally make that BIG, high-risk move.”

Influenced by Anthony Bourdain, once he started traveling in his early 30s it changed him and got under his skin – broadening his horizons as travel does, taking him to more than 20 countries. The seed was planted to leave the U.S., eventually doing so at the not so tender age of 41.

“I actually didn’t have a set vision of what life would look like here; I was just romantic about travel and about Vietnam (even though I had never been here). All the good things that have happened here could not have been envisioned as ‘goals’; the bad things have just been part of being human. Vietnam has given ALL of it to me and it’s really special.”

Once in Saigon, he was able to follow his passion for cooking and eye for something new by hosting three YouTube shows. He’s now started a new job as a copywriter and is writing for an online magazine.

Tony will also be contributing to the new Seven Million Bikes Blog.

We discuss in this episode the massive difference that traveling and leaving your home country can make to you as a person, the challenges of living in the United States, and the freedom from leaving.

Buy Seven Million Bikes a beer if you enjoy this content.

Previous
Next
Why Did I Start A Podcast? And What Does The Name Mean?!
My Saigon Comedy Journey after 7 Years Of Being Too Scared