Surviving The 2008 Financial Crisis in NYC To Creating Saigoneer 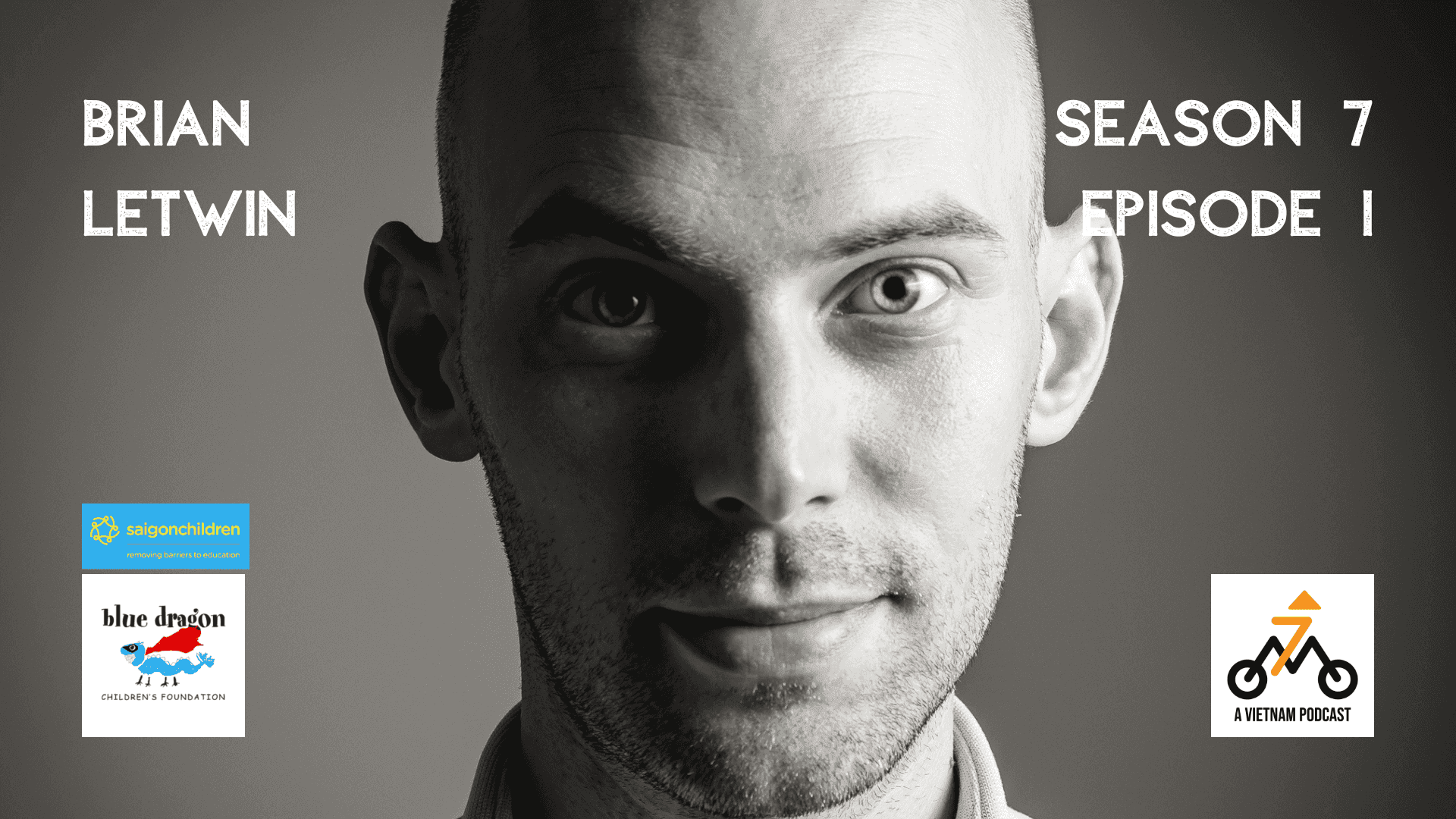 The opening guest of Season 7 is Brian Letwin, a New Yorker in Saigon since 2010. Brian is the co-founder and CEO of the Urbanist Network which includes Saigoneer, Urbanist Vietnam and Urbanist Hanoi.

Using his 15 years experience working in digital media both on the agency and publisher side Saigoneer has now been running since 2013.

Recorded in late August when Saigon was still under strict lockdown we try to keep covid and lockdown chat to a minimum. Fortunately being a digital product Saigoneer and the Urbanist Network is still operating without any loss of staff and is still keeping Bryan busy. Like many people, he is enjoying spending time at home with his young daughter and feels fortunate to have a full fridge.

Brian went straight to work in New York after graduating and was soon managing budgets of $7m! While it wasn’t exactly Madmen it was an unsustainable lifestyle and he soon became burnt out and moved to freelancing to pay the bills. This was through the time of the 2008 world financial crisis, of which New York was the epicentre. Both Niall and Brian lament the fact that this era-defining moment didn’t lead to any consequences of note for anyone or any structural change in the system.

Despite the massive ramifications of this event and worldwide protest of the Occupy movement the fact that nothing did change, no one was held to account and soon enough things went back to normal has left both Brian and Niall jaded.

This leads to a discussion on education, or specifically the Education Industry in the United States, where graduates are saddled with large debt they then need to spend a large proportion of their careers paying off. And the extra pressure that puts on people to study something that will lead to a high paying job to pay this off, rather than studying for the sake of learning.

While Brian was freelancing in New York, a friend approached him who was teaching English in Vietnam. He signed up for a 4-week course to gain a certificate to teach English too. After only two weeks it became apparent to him that teaching English wasn’t for him and decided to quit the course. It took two more years for him to tell his parents who had paid for the course!

Using his background in digital marketing he decided to explore opportunities for this in Saigon while living off his savings. With Pho at 20,000 VND a bowl he thought he would set for a while. Two months later and he had no more money. He applied for a job as Online Editor at the now-defunct Word Magazine and if he hadn’t been successful he would have likely returned home. Moreover, he also met his future wife at this time.

As print media declined worldwide and in Saigon, Brian took his experience abroad and in Saigon to start Saigoneer. From this interview it becomes clear that Saigoneer is a model of Brian’s perspective in terms of its content; “I’m a nerd, and like to walk down the street and imagine what buildings used to look like 100 years ago.” From the beginning, despite being originally in English only, the goal was to peel back Saigon’s layers, diving deep to document issues from history to culture and make it accessible to locals and expats alike. A big differentiation was also not targeting tourists, but people who have made Saigon home.

While many people think that the term for someone who lives in Saigon is Saigoneer, this term was created by Brian when looking for a domain name on Go Daddy. The correct term would be Saigonese. But the portmanteau of Saigon and Pioneer sold it for Brian and Saigoneer was born.

The negative side of this was that the name didn’t translate to Hanoi or other locations therefore the Urbanist brand was created that could be used in different locations to publish hyperlocal content. Saigoneer is the black sheep in the brand’s naming convention.

Saigoneer fortuitously hired Dana Filek-Gibson, previously of Asia Life magazine, after she was there temporarily while Brian was on vacation. She was able to take Saigoneer up a level through her expertise and professionalism.

Thanks to investment Saigoneer was able to expand its operations to Hanoi and also produce content in Korean.

“Even though we write in English most of our readers are Vietnamese. From the day we started, we decided we aren’t going to make an expat website. All of our content is tested by someone who lives in Saigon so it’s not just a white writer writing about Saigon” Brian adds.

You can see this philosophy coming through in their content.

Saigoneer also produces the Saigoneer Podcast, “the O.G. of podcasts in Saigon” as Niall puts it. Starting in 2017 they are recognised as the first English language podcast in Saigon.

When Seven Million Bikes; A Vietnam Podcast started in 2019 it was certainly the only other podcast around. Since then there has been a proliferation in English language podcasts in Saigon.

For the Urbanist Network, they are working hard to continue creating during this lockdown period, build their business to reach more people, and prepare for when Vietnam fully opens up.

It was a pleasure to finally interview Brian, we’d been working on doing this interview since the end of last year. This was a real coup, he’s never even been on his own company’s podcast! Saigoneer is now a Saigon institution and most people’s go-to for events and local updates. It is amazing to hear the philosophy behind this and how much care and consideration they take to make sure that it is accessible to as many people as possible. We look forward to seeing their first websites in other similar regional locations like Korea and Taiwan.

Listen to the Saigoneer Podcast below and check out Saigoneer and Urbanist Hanoi.

Here are the shortened answers to the questions asked of every guest at the end of the show.