Channeling Heartbreak Into Acting, Music and Film, from Germany to Vietnam 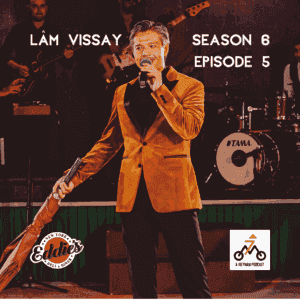 Lâm Vissay is a well known German actor, singer-songwriter and filmmaker who’s recently written and directed his 4th short film. He moved to Germany when he was only 4 years old, his parents being boat people, fleeing Vietnam.

Like many people, major life decisions are made because of the breakdown of a relationship. This resulted in the decision to move to Hanoi for the “fresh air.”

As a trained actor, a chance meeting in Berlin with three Vietnamese filmmakers led to his first acting role abroad. Not in Vietnam, in Prague! After this early success being an actor seemed simple and he enrolled in acting college where the hard work began.

He later moved to Vietnam with just a suitcase and a guitar but was unable to speak the language despite his Vietnamese heritage, so studied hard for 2 years and now had a northern accent.

Once when asked if he could do kung fu for a role, purely because he was Asian, he answered,”No, but I can use swords!” after seeing a movie the night before where they fought with swords! Lâm mimicked what he’d seen and got the role. He has since then carved out a successful career in acting and performing here in Vietnam.

Lam first got into music for the same reason as many men, “I made music as 15 year old to impress a girl.” This passion and talent for music eventually led to an appearance on A Vietnam’s Got Talent after losing a bet!

Lâm moved to Saigon for more “fresh air”. Also more beneficial for an actor wanting to perform in feature films, where there are more opportunities than in Hanoi.

Instead of waiting for the phone to ring with a job offer, Lâm decided to take the bull by the horns and start creating roles for himself. He is now not just an actor but also Director and Producer.

His 4th short film is his most ambitious yet, a sci-fi horror, currently in the editing phase. And he even has his own brand of tea.